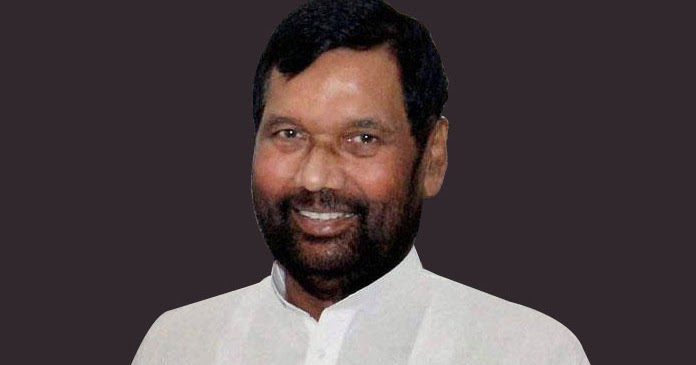 Massive exercise to transport and provide free food grains to each and everyone across the vast country during the lockdown the biggest achievement of the Ministry during last one year, says Shri Ram Vilas Paswan

Union Minister for Consumer Affairs, Food & Public Distribution, Shri Ram Vilas Paswan today listed the achievements and initiatives of the Ministry of Consumer Affairs, Food & Public Distribution during the last one year. The biggest achievement is the Government has been ensuring transport and distribution of free food grains to the people during the lockdown period.

Shri Paswan said the enactment of Consumer Protection Act, 2019, CWC achieves highest ever turnover, increase in the authorized capital of FCI from Rs.3,500 crore to Rs.10,000 crore and the march towards One Nation One Ration Card are among notable achievements of the Ministry during the last one year of the Government.

Shri Paswan said sufficient quantity of food grains is available in buffer stock to fulfill the nation’s increased demand during the COVID19 crisis. The Minister informed that as on 28.5.2020, FCI currently has 272.29 LMT rice and 479.40 LMT wheat. Hence, a total of 751.69 LMT food grain stock is available (excluding the ongoing purchase of wheat and paddy, which have not yet reached the godown).

He said the FCI and NAFED have undertaken a massive exercise transporting food grains to States and UTs for distribution under Atma Nirbhar scheme, PM-GKAY and NFSA.

Under PMGKAY, for 3 months a total of 104.4 LMT rice and 15.6 LMT wheat is required of which 84.95 LMT rice and 12.91 LMT wheat have been lifted by various States and UTs. A total of 97.87 LMT food grain has been lifted till 29.5.2020. Along with additional food grains, 1 Kg Pulses/Dal per family per month are being given free-of-cost to all 80 crore NFSA beneficiaries for a period of three months April to June 2020 across all States/UTs. Shri Paswan said the total requirement for pulses for three months is 5.87 LMT. So far, 4.77 LMT pulses have been dispatched while 3.80 LMT Pulses have reached the States/UTs. As on 29.5.2020, 1.75 LMT pulses have been distributed by the States/UTs.

Shri Paswan said that under NFSA and other welfare schemes of the Government of India total 55 LMT food grains are required for one month. The Department has already delegated the power to Food Corporation of India (FCI) to grant extension to States/UTs for lifting the unlifted quantity to further six months i.e upto June, 2020 as 1st extension and while for the North-east  States and J & K  as 2nd extension as measures to improve offtake of foodgrain under TPDS/NFSA .

Under the OMSS, the Government liberalized the sale of food grains by the FCI to states and NGOs by offering Wheat and rice at a subsidized rate.

Shri Paswan said that States/UTs have already lifted 2.06 LMT food grains under Atma Nirbhar Bharat package. The distribution has started and shall be completed on schedule.

One Nation One Card

Informing about this scheme, Shri Paswan said that a total budget outlay of Centrally Sponsored Pilot Scheme on “Fortification of Rice and its Distribution under Public Distribution System” has been revised to Rs.174.64 Crore from earlier outlay of Rs. 147.61 Crore. The Pilot Scheme is to focus on 15 Districts, preferably 1 District per State.

Increase in the authorized capital of Food Corporation of India (FCI)

The Minister informed that the Cabinet Committee on Economic Affairs (CCEA) in its meeting held on 02.12.2019 approved the proposal of increase in the authorized capital of FCI from Rs.3,500 crore to Rs.10,000 crore.

Shri Paswan said the Central Warehousing Corporation (CWC) has achieved highest ever turnover of about Rs 1710 crore during 2019-20. Government of India has received Rs 35.77 crores out of the total dividend of Rs 64.98 crore.

Shri Paswan said loan applications involving amount of Rs.125,05.34 lakhs were approved and an amount of Rs.188,58.91 lakhs loan was disbursed to 15 sugar factories during 01.04.2019 to 31.03.2020. A web-portal has also been launched w.e.f. 28.10.2019 for online submission of loan applications for availing various loans provided under Sugar Development Fund by the Sugar Factories.

Diversion of excess sugar to ethanol

The Minister informed that the Government has also allowed production of ethanol from sugar and sugar syrup for current ethanol supply year 2019-20 (December, 2019 – November, 2020) in order to meet the increased demand for ethyl alcohol to check the spread of Corona virus.

Production of Hand-sanitizers to fight against Covid-19

Shri Paswan said 165 distilleries and 962 independent manufacturers were given licenses to produce hand-sanitizers across the country, which has resulted in production of 87,20,262 litres of hand-sanitizers (as on 11.5.2020).

Shri Paswan said that in wake Covid-19, Bureau of Indian Standards (BIS) allowed the grant of license to the manufacturers of FFP2 masks as per IS 9473:2002 (which are technically equivalent to N95 masks), with relaxation regarding availability of in-house testing facilities.

The Minister said that the patent has been granted to National Sugar Institute (NSI) Kanpur for a new process on Sugarcane Juice Clarification to obtain Sulphur-less sugar.

The Legal Metrology (National Standards) Rules, 2011 were amended to include new definitions of International System of Units (SI units) of weights and measures as per the definitions adopted by International Bureau of Weights and Measures (BIPM) vide GSR 474 (E) dated 5th July, 2019

The Minister said that the hallmarking for Gold jewellery and artefacts has been made mandatory in the country vide notification on 15 January 2020 giving a period of one year for implementation.

He also informed the media that National Laboratory Directory has been launched by Bureau of Indian Standards containing data of more than 4000 laboratories with location and product-wise testing facility. 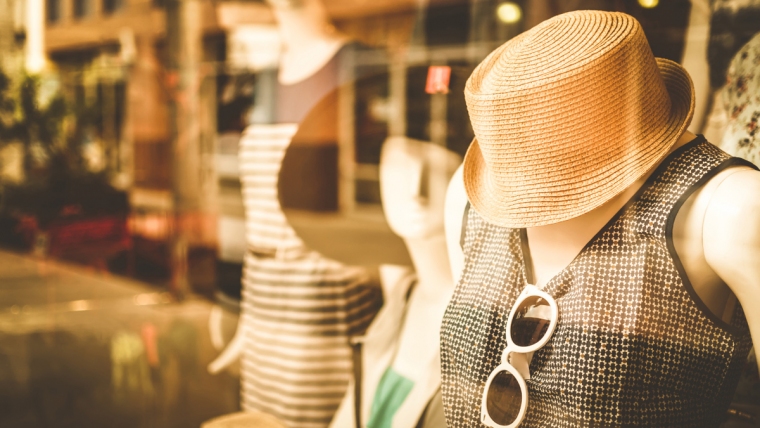 Getting great quality retail in India is a test: Niladri Mazumder, Seiko India